Feeding those in need: “The food isn’t always the only issue.”

Across the UK, the number of people needing a food bank has grown by almost 14 per cent in the last three years. The Isle of Wight presents unique challenges for those struggling to feed themselves and their families. Here’s how the Island food bank is working to meet demand, and why food banks everywhere need help more than ever.

There are more than 2,000 food banks in the UK alone, run through volunteers and donations. The Isle of Wight food bank is the only one on the Island. Last year, its six branches provided emergency food to almost 5,000 people. 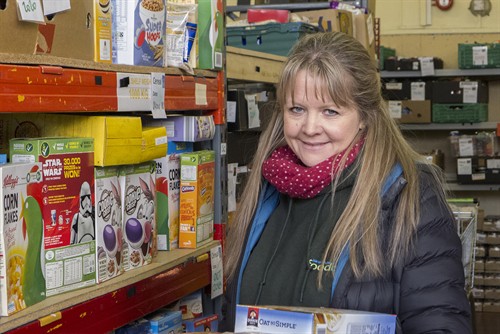 Hannah King has been running the Isle of Wight food bank since it was launched in 2011 and oversees three part time staff and a team of volunteers.

“We feed between 250 and 500 people a month, not including Christmas,” she says. “The Isle of Wight is a seasonal island; there are a lot more jobs in summer than in winter, so between October and the Easter holidays we feed a lot more people.”

Southern Housing Group is a partner of the Isle of Wight food bank. The Group funded a portable kitchen that helps the food bank run its Eat Well Spend Less course, which teaches people how to cook nutritionally on a budget. The Group also refers around 250 people each year to the food bank, the equivalent of around one household every 35 hours. 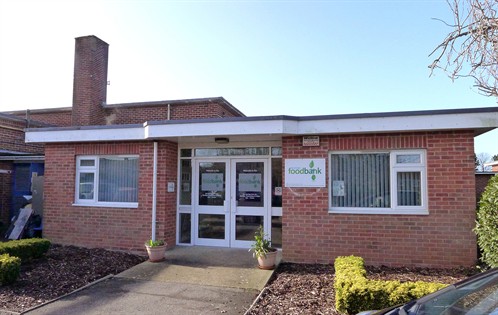 The Isle of Wight food bank works with more than 100 frontline professionals, such as social workers, GPs, job centres, and Southern Housing Group, who give vouchers to those in need to redeem at a food bank. People can redeem a voucher up to three times in six months, and each package they’re given is designed to be nutritionally balanced and last three days. Packages are put together according to the needs of the individual or family. A family with a young child, for example, might be given some Thomas the Tank Engine spaghetti, while someone without access to a hob may only be given food that can be eaten without being heated.

The food bank’s six branches offer anyone who comes in the chance to sit down and enjoy a tea or coffee while they wait for their package to be made up. This time also offers them a chance to talk about their circumstances to a volunteer.

Hannah explains: “We want people to relax and know that this is a safe place where they can talk or not. If someone’s not a talker, you just sit with them and have a coffee and sometimes they'll start talking, because you've given them that pause, that safety. When they realise we're not going to ask loads of questions, they're in a position where often they will share. And then if they do, we can signpost.”

The Isle of Wight food bank works closely with organisations such as debt advice agencies, who offer help beyond food to help them get back on their feet and overcome the circumstances which resulted in them needing to feed themselves without anywhere else to go.

Who goes to a food bank? 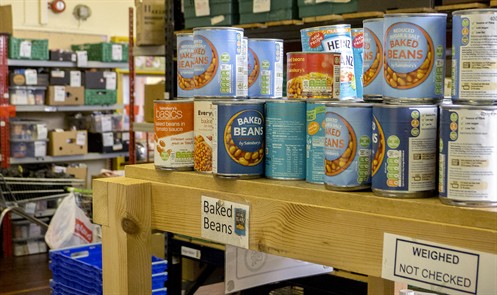 Those who find themselves needing emergency food come from a surprisingly wide variety of backgrounds and circumstances.

We say that short-term crisis is no money equals no food, which equals crisis,” explains Hannah. “It can be people who've lost their jobs, it can be homeless people, it can be couples who are in full time employment who have their own home, maybe run their own business, but that month they've had a big bill, they can’t pay it, so they have a choice: they can either go into debt or they can go hungry. In the last six months, I've noticed a big increase in the number of people we’ve seen with mental ill health; someone may have lost a job so they become depressed, or they suffer depression, so they lose their job. Then they have to sign on and that in itself affects their confidence. The food isn’t always the only issue.

It surprises me how many people are in food poverty. I had no idea when I started, because it's hidden; people don't go around shouting ‘I've got no food, I've got no money.’ We've got one family who rang us and the mum said, ‘For the last few weeks, my husband and children have been eating pasta with gravy; I've just had the pasta.’

I think life brings crisis to most people at some point. Sometimes it's through no fault of your own, and sometimes it is, but at the end of the day, we all have feelings and we all need to eat, and we all make mistakes.

One volunteer, Valerie, says: “For some people, it takes a lot of courage to visit a food bank with a voucher. I remember one woman dropped off a car-load of donated clothes and was on her way to collect another load when she admitted she had a voucher she needed to use.”

For those who work and volunteer at the food bank, restoring dignity is vital. Hannah explains: “There’s definitely a stigma. To get to the point where you've got to go and ask for a voucher, you've got to be pretty low. And then to get that voucher and have to walk into a food bank must be the most humiliating experience. So I work really hard to make my food banks the easiest places to walk into.”

Roughly 230 volunteers support the Isle of Wight food bank. Volunteers may work in the warehouse, sorting, storing and picking food for distribution, or they may volunteer in one of the ‘cafés’ each branch has.

“For those who volunteer in the café,” explains Hannah, “we offer training where we talk about how it feels as a client to access our services and how important it is not to judge people, because that’s the easiest side to get wrong; you don’t know their story.”

This is something Hannah learnt the hard way early on: “A woman walked in with two children, immaculate, and she’d driven here in a swanky car. I was quite protective of the food we have as I’m aware that the public have donated it out of their own pocket. I immediately thought ‘What are you doing, taking my food?’ We had a coffee and a chat, and she told me that her husband had left her a week ago and had taken the bank account with him; she had nothing, no cash to buy food for her family that week. It must have been incredibly hard for her to walk in.”

For many who volunteer at the Newport branch, their faith is the cornerstone of their approach to helping feed people. The food bank here is hosted in a well-known church twice a week, and Tony Murphy, the manager of the Newport food bank, is also the pastor of the church.

Everyone who visits the Newport food bank is offered a tea or coffee presented with a biscuit on the saucer. This touch is important, Tony explains, because it represents how drinks are served in cafés; it normalises the experience of going to a food bank.

Tony says: “Sometimes people will come from a different part of the Island, rather than their nearest food bank; they don’t want to be recognised going into a food bank. Some people don’t want to talk, which is fine. Often, once people realise they’re being listened to, it all comes out and there’s a lot of emotion. The best thing is when people come back later, not because they have a voucher, but just because they want a chat. They realise it’s a welcoming place and we just listen.” 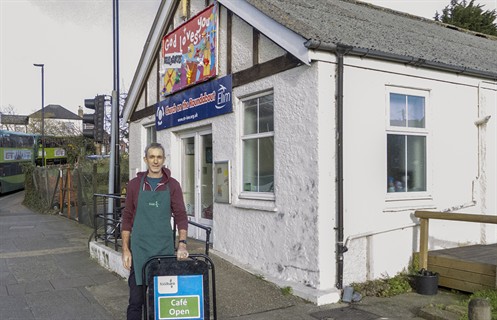 Across the UK, the number of people needing a food bank has grown by almost 14 per cent in the last three years, largely due to increasing unemployment and government austerity measures. This includes those already in work who struggle to make ends meet.

Benefit delays and changes remain the biggest cause of referrals. The Isle of Wight food bank – like those across the UK - is bracing itself for the introduction of Universal Credit, with claimants possibly facing a four to six week wait to receive the new benefit, with little or no savings to cover rent, food, and other expenses in that period.

A big part of helping people is educating them: how to budget, how to cook well on a budget, and how to increase their understanding of money and debt.

Because the Isle of Wight is an island, job seekers are limited in how far they can look for work before having to travel across the Solent – a journey that many claim is the most expensive mile-for-mile ferry crossing in the world.

Additionally, the Island suffers high rates of unemployment, much of it seasonal, poor but expensive pubic transport, low average salaries, and an ageing population with the health and social issues that come with it.

Those who work with the food bank are unanimous in feeling that food banks shouldn’t exist, because there shouldn’t be a need for them, and in hoping that one day this will be the case. However, the circumstances in which people find themselves that result in them needing emergency food are too varied to mean they’ll likely be a time in the foreseeable future when food banks are not needed.

For Hannah, it’s important to maintain her faith that she’ll continue to have enough food and funds to feed those in need: “I would like to think there will come a time where the food bank is no longer needed. I would like to see that in the next five years, but I think realistically, that’s unlikely. I wonder how long this can keep going, because this can only keep going if the public support it.” 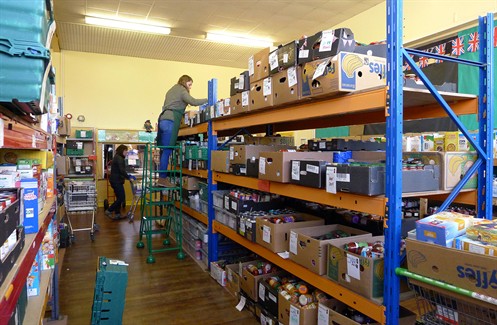 How you can help

You can help your local food bank in many ways, including fundraising, donating money or supplies, volunteering, and raising awareness.

The Trussell Trust is one of the largest coordinators of food banks in the UK.

Find out more about the Isle of Wight food bank

For more about the Isle of  Wight food bank, please contact