Dylan Regan received a Highly Commended at the Youth Builder of the Year award on 16 October at the House of Commons.

Dylan, a resident of Southern Housing Group left school disillusioned, with no support, and not knowing what he wanted to do. While at home, he received a leaflet from Durkan, a Southern Housing Group contractor working with us to give job opportunities to customers, this inspired him to approach them on-site to find out more.

Rajvinder Kaur, our Employment Skills and Development Officer said: “Dylan was disillusioned and needed a lucky break and the leaflet opened the door to his new career.”

Dylan initially started as a labourer, wanting to get a general position to broaden his knowledge. Following this, he went on to complete a Plumbing Apprenticeship Level 2. During his apprenticeship he showed himself to be a hard worker and quick learner showing that he had the talent to become a supervisor.

Rajvinder and Kevin O’Connor, Durkan’s Head of Corporate Responsibility were delighted at this and decided to support Dylan in pursuing a site management qualification. Dylan is now working as Trainee Site Manager managing a Durkan flagship scheme worth £100m.

"Without the help from Rajvinder and Kevin I don't know where I would be in my career, but I do know I definitely wouldn't be where I am now. Thanks to them I now have a brilliant career ahead of me and couldn't be happier, from where I started to where I am now is all thanks to Raj and Kevin".

Dylan was recruited into his role through our Social Value partnership with Durkan. Social Value helps us get the most for our customers through our contracts with suppliers, this could be employment and training opportunities or through enhancing the communities that our residents live in.

Find out more on our Social Value work. 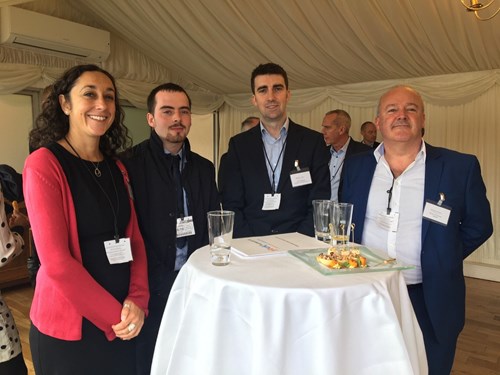