After a rigorous recruitment process, the Board of Southern Housing Group, one of the UK’s largest housing associations, is unanimous in its appointment of Alan Townshend (currently Group Development Director) as the new Chief Executive to succeed Tom Dacey on his retirement. 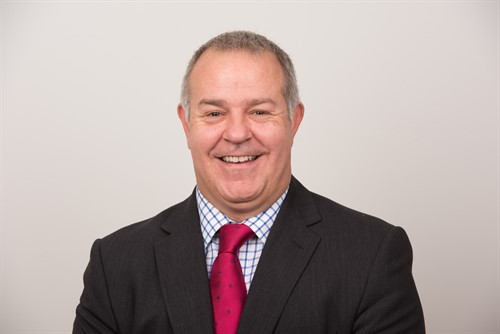 Arthur Merchant, chair of the Group’s Board, said: “We’re delighted to announce the appointment of Alan Townshend. There was a lot of interest in the role and the recruitment process was thorough. Alan’s track record as Group Development Director is impressive. He has extensive knowledge of the Group and the sector and he has a clear strategic vision. We’re confident Alan will lead Southern Housing Group into the future with assurance, building on the strengths of the Group.”

“We look forward to working with him as he takes the Group onto the next stage of its development, excelling in customer service and building on its history and financial strength as a business with social objectives.”

Tom Dacey, the Group’s outgoing Chief Executive said, “I am very pleased to be handing over to Alan Townshend. I have every confidence that the Group will move from strength to strength under Alan’s leadership.”

Alan Townshend joined Southern Housing Group in February 2015. He has over 30 years’ experience in the affordable housing sector, working with both public and private companies and running his own consultancy firm. Prior to joining the Group, Alan worked at Wandle Housing, initially joining as its Asset Investment Director before being appointed Interim Chief Executive Officer and overseeing the operational and strategic side of the business. His other roles have included seven years at Circle Group as Group Regional Operations Director. Alan is a member of the Chartered Institute of Housing.

Alan Townshend said: “I feel honoured and excited to be appointed as Chief Executive of Southern Housing Group.  I have seen the Group grow and change over the years and I have a clear vision for how we can continue to develop, building on the Group’s impressive strengths and ensuring it thrives as we move into the future. I am proud to take on this appointment and I am looking forward to working with the Board, the executive team, colleagues and customers to advance the organisation into the next chapter of its long history.”